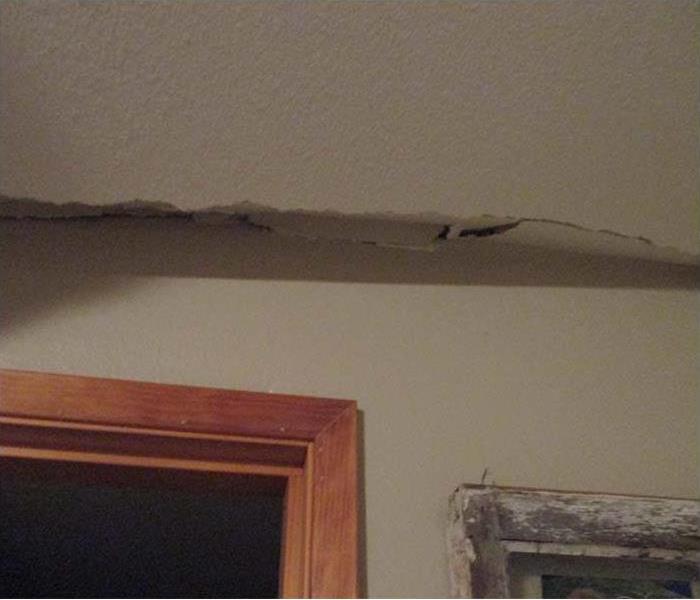 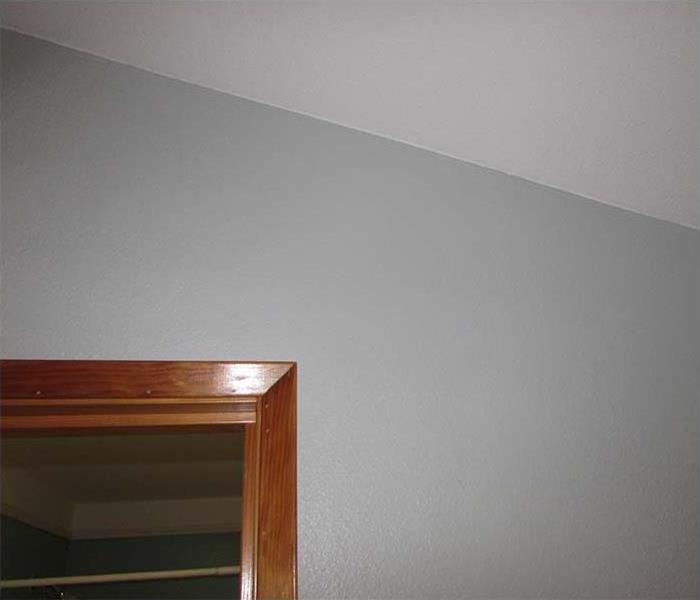 During a typical fall windstorm, this Lake Stevens home was hit by a tree. The tree hit the peak of the house and damaged the roof, attic, three bedrooms and a hallway. The picture above shows damage to one of the rooms. The ceiling in the room was damaged and water and insulation fell into the room.

SERVPRO of North Everett/ Lake Stevens/ Monroe came in and removed the tree, tarped up the roof, performed water mitigation and clean up and handled the rebuild process. We rebuilt the roof, redesigned the rooms to include vaulted ceilings (shown above), installed new insulation, replaced drywall, painted rooms, cleaned the HVAC system, and replaced carpets.